Will Hold The Benson’s Post Office The Name Of A Black Hero Of World War II? 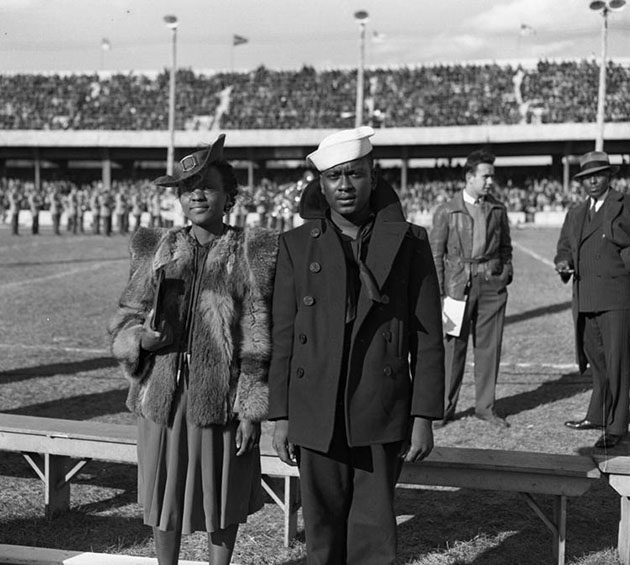 Will Hold The Benson’s Post Office The Name Of A Black Hero Of World War II?

The House of Representatives had a ticket to name Benson’s post office after a black hero of World War II. All representatives of this house sign for the approval of the request.

Charles Jackson French had been hailed as “the hero of the Solomons” after the sinking of his Navy ship, the USS Gregory, on Sept. 5, 1942, near Guadalcanal. He gained fame and credit because he swam fearlessly towards a ship to save the lives of some people who were there and were mostly white, alone in the middle of the sea. This is regardless of the risk of sharks.

He was born in Arkansas in 1919 but moved to Omaha to live with his married older sister, Viola. He enlisted in the Navy in 1937 and became a mess attendant, one of the few military jobs open to African Americans in the segregated U.S. armed forces of that era.

“The Strong Swimmer” by a Pulitzer Prize-winning poet was a poem dedicated to him. His story was also told in bubble gum strips, comic carts.

French died at the age of 37 from alcohol dependence, depression, and post-traumatic stress disorder.

History was completely forgotten. Por during the U.S. Olympic Swim Trials in Omaha last June Bruce Wigo, a former director of the International Swimming Hall of Fame, brought him back into the spotlight. He decided that his logo rescuing these people was the image of the Olympic Swim. Also, two of the persons that the French had escaped from drowning were alive.

Bacon later introduced the legislation to name the post office in his honor with a companion bill, but the Senate hasn’t yet acted on it.

This recognition is long overdue, and I look forward to getting this passed in the Senate.

Do you know French? Do you think this appreciation is well deserved? Share with us your