We Introduce You The first African-American Woman To Graduate From U.S. ARMY Ranger School 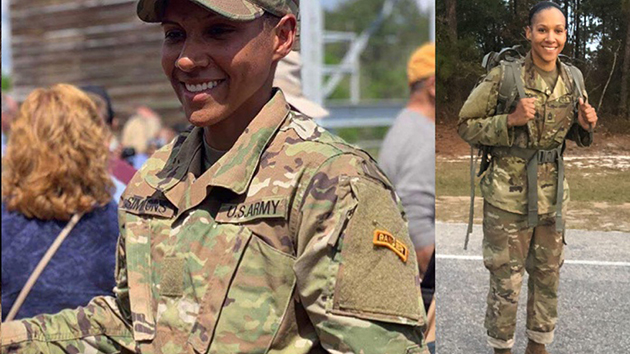 We Introduce You The first African-American Woman To Graduate From U.S. ARMY Ranger School

The Sergeant 1st Class 29-year-old Janina Simmons is the first woman to graduate from the US ARMY Ranger School.

62 days of intensive training made Janina take the test for the first time. This is not her first time achieving an achievement. She is also known as the first woman to finish first place in the Fort Jackson qualifier for the Bataan Memorial Death March.

According to the U.S. Army website, Simmons completed the 16-mile march in two hours and 52 minutes while carrying her 25.8-pound rucksack. According to them, 34% of those who try it do not get the test for the first time. However, she says that this achievement does not belong only to her. It was her girlfriend who supported him in this great achievement. They did it together.

Jannina and her girlfriend got engaged during the graduation ceremony. In a photo that was posted was an emoji with an engagement ring

But who will be the record and the next achievement that Janinna will make? We do not know this but what we wish her is to find another challenge to raise her name higher and higher. At the moment we just want her to stay calm and enjoy her achievements.

Show your support and you by sharing as much as possible this achievement that makes us all proud.