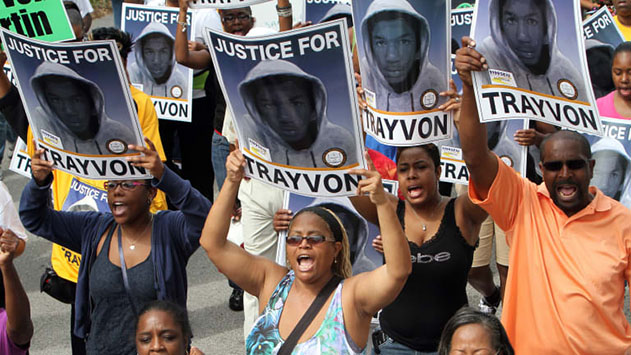 Trayvon Martin’s birthday is not a simple day to remember but it is a moment of reflection and peace for his family and the community around him.

Every year his family and supporters make a peaceful march and talk to people this year at Estates Park.

My children were 8 and 10 years old respectively when we heard the news. I wonder if they would have admired that boy if they had let him live?

I do not even want to think about what I would have done if this had happened to my child. The strength and desire to move forward and honor the memory of Trayvon and his mother Sybrina Fulton surprised me and made me admire her.

“Happy Heavenly 27th Birthday to my Son / Sunshine. “Rest in Power #TrayvonMartin my Prince of Peace, Mommy got you,” Fulton wrote on Twitter. She says that every time this date comes, she gets the strength and courage to move on with her life.

Her son was shot and killed during a physical altercation between him and the neighborhood watch coordinator. Like everyone else and he had dreams. In a photo shared by his family, he looks filled with joy during a space camp.

In 2017 he was awarded a posthumous degree from Florida Memorial University in aeronautical science.

Family members say they think change can happen and that people become more aware of how they treat people of color. Cases like those of George Floyd and Ahmad Arbery who were unjustly killed serve as a lesson where the perpetrators are sentenced to life imprisonment.

These lives mustn’t go to waste. We must be aware that these cases never happen again and in this way, the country moves forward.

What do you think about such cases? How should we act? Tell us your thoughts in the comments below on Facebook.