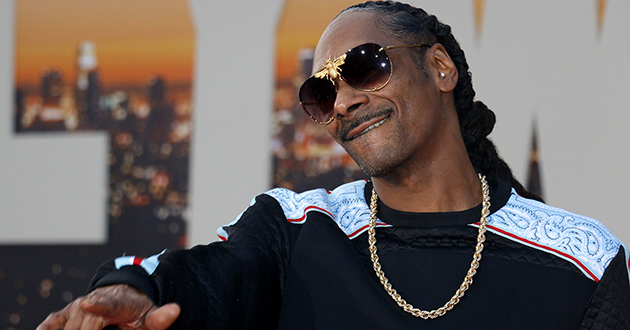 Cancel culture is a part of society that is growing every day. It seems that every celebrity, no matter how adored he is, is afraid of this. The rapper says that his fans are bigger than the cancel culture.

In a video recently released by the rapper whose career has lasted for three decades, he says that it can not be hidden. He even dared and challenged them to try to do this but they would not succeed because he has the most loyal fans that exist.

“I wish a mother *** a would try to cancel me. … [Cancel culture] is only believable if you believe it when they are trying to cancel you, ”he said in the interview. “You see DaBaby, you see Dave Chappelle, you see certain mother *** as, like, ‘If you do not get out of here with that s ***.’ Give me a week, I’ll be back up. You got to know that your base is your base. The cancel community is no bigger than my fanbase. I beg to differ. ”

During Snoop Dog’s 30-year career he shared many controversies. In February 2020 Gayle King asked Lisa Leslie about Kobe Bryant’s legacy shortly after his death. The question asked her opinion on allegations made earlier by the basketball star may have tarnished his reputation. Snoop Dog was offended by this question and defended the star in a very rude way. Snoop’s mother forced him to apologize for the comments he made against King.

Another situation was with comedian Bill Cosby who was accused of sexually harassing 60 women where Snoop demanded his charges to be down. Again he managed to escape from Cancel Culture.

Now he challenges Cancel Comunity to cancel him. He recently performed in the Super Bowl with Dr. Dre, Mary J. Blige, Eminem, and Kendrick Lamar. Podcast host Gregg Kelly decided to follow up on Snoop Dogg’s challenge, asking his Twitter followers to call the NFL and let them know how they feel about Snoop Dogg performing at the Superbowl.

So far there are no reactions to this challenge.

But what is cancel culture?

Cancel culture is an ever-evolving trend that promotes “canceling” people, brands, or shows and movies because of what some consider to be offensive or problematic remarks or ideologies. In 2021 some of Cancel Culture’s picks were Harry Potter author J.K. Rowling to Glee star Lea Michelle, to even America’s formerly favorite talk show host Ellen DeGeneres. Racist, sexist, misogynistic, and/or homophobic imagery, themes, statements, or remarks are the most common reasons that cause cancelation.

Cancel CULTURE has always existed but now comes with a different name. There are many people who for one reason or another are no longer part of the media and the screen.

A very large number of people are being affected by this without allowing them to improve. Some seek to have the opportunity to speak up and improve things before they are permanently deleted.

This is a very delicate moment and decision. Don’t you think so? Share your thoughts with us on Facebook.